Back in 2010 when we launched the Climate Assets Fund, I was the one knocking on doors to spur money flows into green investing. Recently though, I have been busier than ever before as interest in sustainable and responsible investing has skyrocketed. However, the industry is currently under the microscope of regulators and consumers alike, after being hit by claims its green credentials are being overstated and misrepresented, thus greenwashing is on the rise.

Last year, former executive turned whistle-blower, Desiree Fixler, accused asset manager DWS of greenwashing. A year later, German police raided DWS offices and Deutsche Bank (majority owner of DWS) as part of a probe into allegations of greenwashing. It was the first time an asset manager has been raided in an investigation relating to responsible investment. One may ask, is this a one off? It is very likely not, as regulatory scrutiny is growing on both sides of the Atlantic to tackle allegations of greenwashing. Also, this year the Security and Exchange Commission in the US announced that it was determined to uncover overstated ESG claims. And more recently it disclaimed that it was investigating greenwashing in Goldman Sachs’ asset management division.

Funds marketed as sustainable are the fastest-growing segment of the asset management industry. Assets in so-called ESG funds grew 53% year on year to US$2.7tn in 2021, according to Morningstar. Notably, European investors seems to be more in tune with responsible and sustainable investment, as the lion’s share of the growth is coming from Europe. It is little wonder then that when Morningstar carried out a detailed review by examining prospectuses and annual reports of the self-classified sustainable funds in Europe, it identified around 1,200 funds that did not make the cut. Its sustainable investment universe then was reduced by 40%. Predictably, most of the removed funds declared their green credentials under the EU Article 8 section of the Sustainable Finance Disclosure Regulation, which oversees how asset managers incorporate ESG considerations within their investment process.

The issues around greenwashing

We discussed the issues around greenwashing at length during our first Climate Assets Fund live event at the end May, both from a consumption and an investment standpoint. Lucy Siegle, our keynote speaker (Quilter Cheviot Live: Investing in tomorrow’s world) and self-proclaimed ‘agony aunt for the environment’, reflected on the greenwashing issues around fast food and fast fashion. Her talk was a very timely discussion, as recently Tesco found out the hard way that it is not enough to simply say that a product is better for the environment- any claims need to be evidence-based. The retailer failed to demonstrate that buying Plant Chef burgers is as much of an environmentally friendly choice as it claimed in advertising. The advertising regulator penalised Tesco for not having any clear evidence to support such a statement across the full lifecycle of any product in the Pant Chef range. 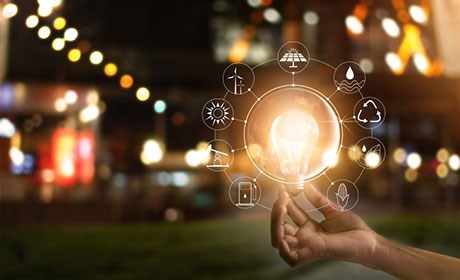 As a long-term investor in the sustainable space, alongside regulators and campaigners, I have an interest in getting sustainable investment right. In my view, it is all about protecting the consumer and ensuring that they get what it says on the tin. However, I will not deny that finding common ground on what makes a green or sustainable fund is a challenge for the whole asset management industry.

During our event we also discussed that when regulation is not robust enough ‘greenwashing’ is in the eyes of the beholder. There has been a mindset shift among investors and consumers alike based on current geopolitical events and changes of perception of what is an ethical or impactful investment and what is not. Take the defence sector, for instance. Before the Ukraine-Russia war, revenue generated from armaments and defence were a no-no for most sustainable investors, including Sweden’s SEB bank. The bank however launched six ESG-labelled funds that allow investing in the defence sector since the war started. So, some now believe that defence companies are acceptable as sustainable investment. With growing geopolitical tensions, it seems now that some responsible investors are happy to support the armaments of sovereign states when faced with a neighbour’s aggression.  Equally, the conflict has caused shares in oil and gas companies to appreciate fast, supported by concerns on Russian supply. This shift has really tested the Climate Assets Fund, as performance has suffered given the underweight in oil and gas companies. Many however have changed their tune, like BlackRock for instance, whose Chief Executive Larry Fink has been beating the sustainability drum for years. Blackrock has now announced that it was likely to vote against most shareholder resolutions brought by climate lobbyists pursuing a ban on new oil and gas production.

The Climate Assets Fund will continue to pursue the philosophy of a fossil fuel free strategy as stated in the fund’s investment policy, as we remain optimistic about the longer-term shift to renewables. In our view, the conflict will accelerate the transition to renewables because never again will countries want to be reliant on another country for energy. In the absence of clarity from regulators, the key for asset managers is to be transparent about the criteria by which the funds invest. Equally, clients need to interrogate the information provided and ensure their decisions on whether to allocate money are based on their understanding of what a fund does, or does not, stand for. In this environment, a clear and honest message as well as reading the small print is more critical than ever.

I might be stating the obvious, but it seems that geopolitics is currently the number one risk for investors.