In preparation for COP26, I have been reading about what the UK’s spokeswoman for the summit, Allegra Stratton, is advising households to do to help combat climate change – evidence that we can all play our part, not matter how big or small. The advice given was to stop rinsing plates before putting them in the dishwasher, buy soap bars in cardboard boxes instead of shower gel, and freeze leftover bread instead of letting it go mouldy. Although these may not be considered hugely impactful methods, they each play an important role in tackling the climate crisis.

The conference itself will be a lot more carbon intensive

The conference itself will be a lot more carbon intensive than if it were to be held online - 30,000 people will be attending the summit, making their way through congested traffic by car twice a day, each emitting a total of roughly 200kg. In comparison, a full 90-seater electric bus generates just 6g per mile, according to recent research. Although a bus is not as private and often deemed less desirable than a car, attendees would easily reduce their emissions by almost 100% travelling to and from the conference each day if they opted for this more environmentally friendly mode of transport. 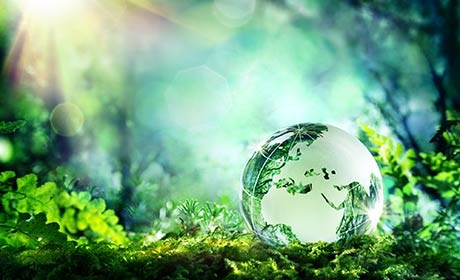 For anyone not travelling up to Glasgow in November, a simple way to reduce your carbon footprint would be to do more online shopping. Whether it be groceries, clothing, or something in between, online shopping will generally be a greener option if you drive rather than walk to the shops. I was interested to learn that you could save roughly 2kgs of carbon a week if you had your shopping delivered, instead of making the trip yourself. Apparently, this is the equivalent of two hot baths. I personally have trialled a service called Oddbox which buys misshaped fruit and vegetables from farmers who can’t sell their produce to supermarkets. They also deliver the box in the middle of the night, so their drivers don’t get caught in traffic, thereby reducing their carbon emissions. Perhaps not the best recommendation if you live in a flat in London like me, as there is often no place for them to hide the box from hungry neighbours and foxes!

I would be remised if I didn’t mention holidays. Probably not a popular topic, given that some haven’t managed to ’get away’ since March last year, but an important one, nonetheless. Aviation consultancy RDC calculates that a flight of about 900 miles from London Heathrow to Ibiza, on a typical Airbus A320 emits about 16.5 tonnes of carbon. If the flight is full, this works out to just under 100kg of carbon per seat. If you were to stay for two weeks, then it is estimated your trip would have a carbon cost of roughly 325kg. A cruise around the same area, also for two weeks, would have a carbon cost of around 5 times that. Which, after seeing Portsmouth’s amazingly clear water during lockdown in March and April last year, is believable. The solution to this summer holiday dilemma would be a camping trip to somewhere like Wales, where you aren’t relying on the energy intensive hotels or flights to get you there and as a result you will reduce the carbon cost of your holiday by more than 95%.

Although we can’t all live a life of carbon counting, it’s good to be aware of what does the most damage to our environment and the little changes we can make to reduce our emissions. You know the saying – every little counts.

Climate Assets monthly update: The Good, the Bad and the Jolly

By now you have heard and read about everything that has gone wrong with COP26. So instead, let’s focus on the positive and encouraging outcomes.

It appears ‘fossil fuel stocks’ have become the new ‘sin stocks’ joining the offside-bench with sectors such as armaments, gambling and tobacco.