For the first time since the Financial Crisis, most workers now enjoy some collective power over their employers and are using this to extract value through materially higher wages.  This has been a long time coming and can only be a good thing. 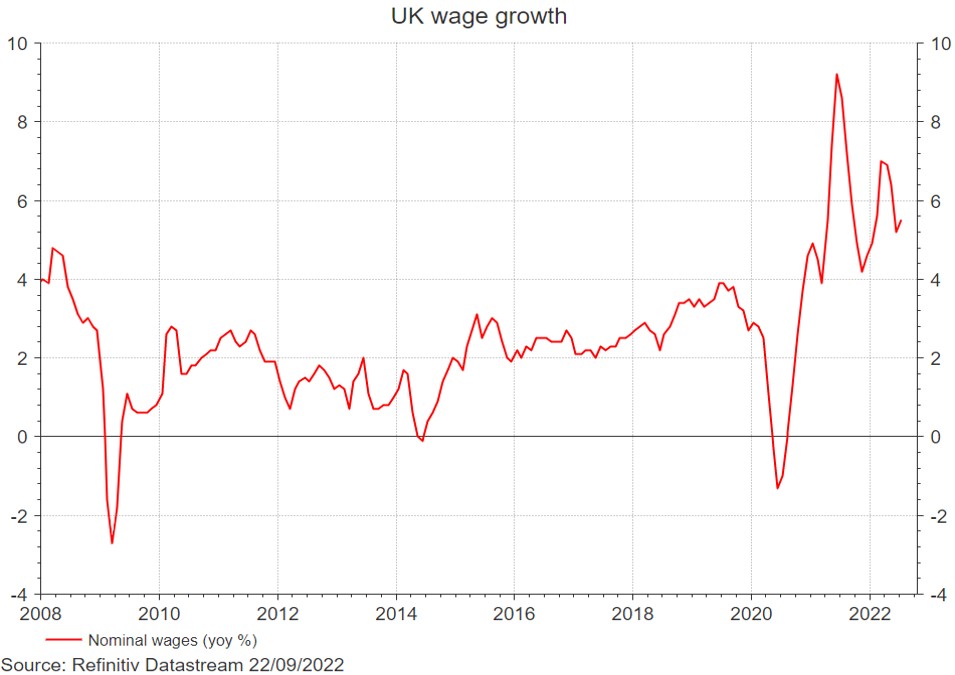 Where employers (see, the government) are not playing ball, employees have been taking action in the form of strikes - not seen at this sort of scale since the 1970s (a common reason why commentators seem fond of drawing comparisons between that decade and the present day).

But I would suggest that the increased bargaining power of employees cannot only be seen through these two, relatively visceral, metrics. Working from home, a situation which evolved out of necessity, has now become an option for many people that typically worked in the office prior to the pandemic. 40% of working adults in the UK now work within at least a hybrid home/office model. In my view, employees demanding greater flexibility in how they work is just another example of workers enjoying higher bargaining power at the moment – “middle class strikes” if you like.

Can this last forever? Well, personally I do not think that the world is going back to exactly where it was pre-2020, with largely a five-day working week on site – but I would expect there to be some reversion back to the mean over the next couple of years for two reasons primarily:

1. The cost of living crisis:

Although wages are rising, sadly inflation is rising faster. The below adds real wage growth (wage growth, but adjusted for inflation) in blue. Stark. 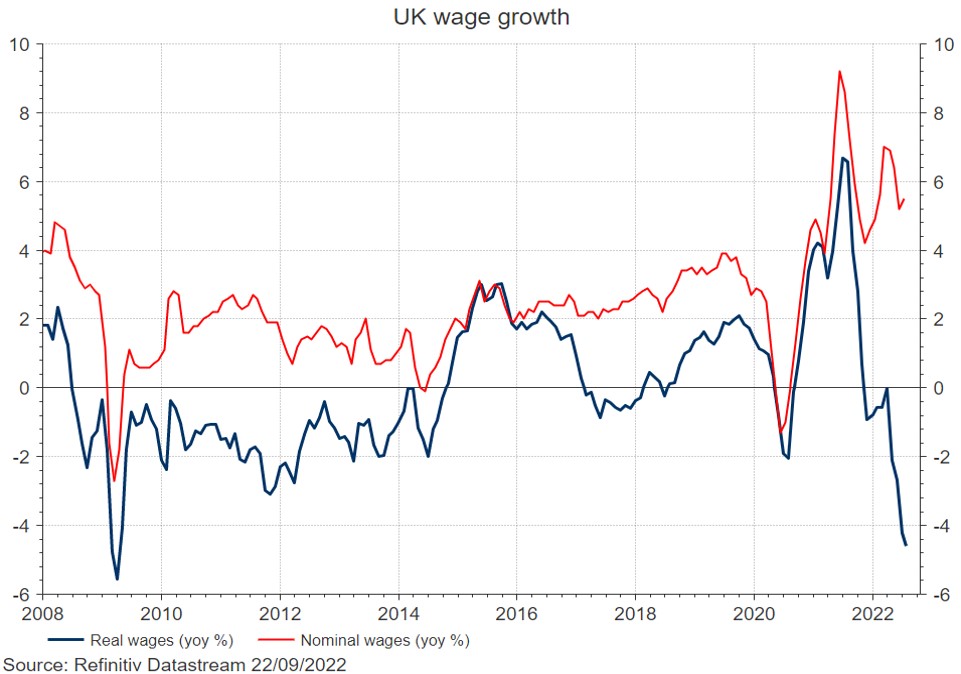 If the cost of heating your home is a significant outgoing in your monthly budget, you are likely more willing to go into the office. It is a relatively damning indictment of where we are as a society that one of the “perks” of the office is that it will be warm, but that is the situation that some will find themselves in this winter. Despite anecdotal evidence of people moving out of cities during lockdowns, 84.5% of the UK’s population in 2021 still lived in urban areas, and therefore the cost of commuting should be relatively muted for most. Urban areas also have higher proportions of younger people who a) are more focussed on their monthly outgoings; b) are less likely to have dependants and c) would rather be in the office for reasons related to career progression.

2. The economic outlook is not great:

Reasons one and two are joined at the hip, of course, with the worsening economic outlook a natural by-product of the significant increase in the cost of living. Unemployment remains very low and, by extension, the job market pretty hot. But if the cost of reducing inflation proves to be a recession (as it has every other time central banks have had to pull inflation down from these levels), then the economic outlook is not particularly rosy. If you are worried about a recession, and by extension your job, you are in the office more often than not. That may seem harsh, but I suspect that it is a fact of life. We are social animals, and at times of uncertainty we prefer to be in the herd.

Ultimately, the decision as to whether to work from home or on site will be determined by the individual’s personal circumstances and their relationship with their employer. I live in South London, relatively close to the office and with no dependants - so my bias is likely to infer that most, like me, are happy to come into the office when the option is available. Barring the odd Friday when the dry cleaning needs picked up…

Even though the future remains up for debate, there is no denying that we have already come a long way from “the office is dead” rhetoric of early 2020. One thing I have learned about this job is that you can never say anything with too much certainty. Per Mark Twain “It ain’t what you don’t know that gets you into trouble. It’s what you know for sure that just ain’t so”.

From speaking to our property analyst Oli Creasey, the London office market largely looks to be in a similar state to where it was in 2019 – premium or recently refurbished properties continue to receive strong demand, and there remains enough demand to make “mid-tier” office space economical for landlords. Assets in London retain an attraction for overseas investors – many of whom have seen their respective currencies appreciate markedly against the pound, placing assets in the UK at a discount.

The difference is at the lower end. There now looks to be a slightly longer tail of sub-par properties, which may never come back online and for which some other use will need to be found.

Owners of office space would not be the only beneficiaries of a reduction in working from home. I have picked three companies, at random, (see chart below) that are all underwater since the beginning of the pandemic, and which one would imagine would see a pick-up in demand from increased traffic. None of this is investment advice, but simply to demonstrate the potential second order effects of an en masse return to the office. In the case of WH Smith, as a blunt illustration, you aren’t selling many copies of the FT when folks are sat at home. 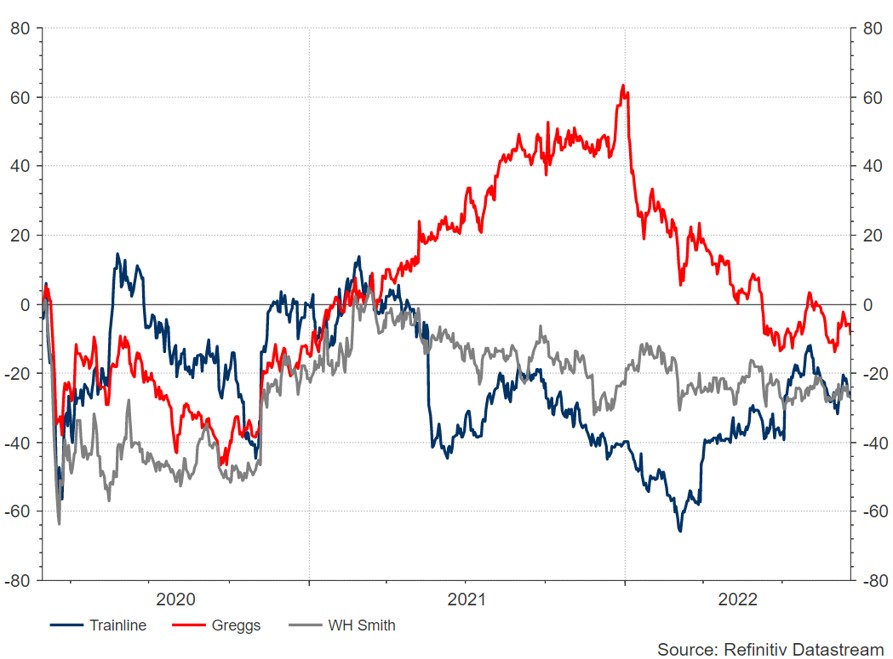 It’s a hotly debated topic, so let me know what you think here.

Have a great week.

Taking Stock - Was That It?

In this week’s Taking Stock, David Henry discusses the dangers of making predictions.