One of the problems that comes with dementia is that people can often feel scared or confused. Not remembering something, or not understanding why something is the way it is, can make people confrontational, as they try to reconcile what they see with what they remember.

Of course, that can then lead people to respond to them confrontationally, resulting in a miserable time for everybody.

I always try to diffuse situations, though I can well appreciate that that is easier advice to give than follow.

I remember one client phoning me up, demanding to know why some shares we’d agreed to sell weren’t on his quarterly valuation. I distinctly recalled the conversation we’d had about selling the shares, so was certain that there hadn’t been a mistake our end.

There was no point going back and forth arguing over who was right though. I said that if he was really unhappy, then he should put his concerns in writing and send them in to our compliance department. They would then look into the matter, completely independent of me. We would make redress if needs be, and put his portfolio back in the position it would have been had the shares never been sold.

I didn’t receive a letter. His wife eventually got in touch and told me that he had been diagnosed with dementia, something which had felt like a possibility since the call. In my experience, it is often the partner or family members who get in touch to tell you about a condition, as people don’t like to admit to something they perceive to be a weakness.

If I need to talk about somebody’s condition, I will try to raise it with a family member. You normally get an opportunity to do this – if talking to someone on the phone, for example, they might mention that their partner isn’t very well, and I can pick up on that.

Talking about issues like dementia is never easy – particularly when you’re face to face with someone, rather than writing about it from the comfort of the office. But these things need to be addressed at the earliest opportunity, when they can then be planned around.

Hopefully my experiences here will help people do that, as well as the wider material that’s out there.

Our work with The Brain Charity

One of the things I’m most proud of at Quilter Cheviot is our work on raising awareness of dementia. There are more than 850,000 people living with the condition in the UK today and that number is set to rise significantly in the coming years.

How our funding supports The Brain Charity

As part of our efforts to raise awareness of dementia, last year we announced our support for The Brain Charity, giving the charity £150,000 of funding over three years. This money allows The Brain Charity to run a series of singing and dance workshops for people living with dementia. Both activities help to stimulate the brain and keep it active, and so help to raise quality of life for people living with the condition. 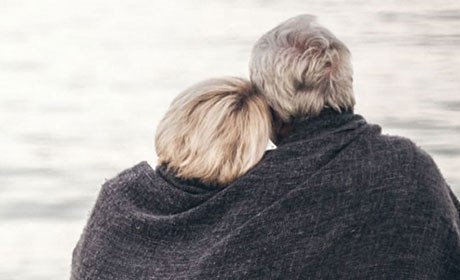 Nine months on from first partnering with The Brain Charity, I’m pleased to report that they’re making excellent progress on setting up their workshops for people living with dementia and the wider three year programme. The singing workshop is run by a dedicated music charity, Music In Mind, which specialises in using music for health benefits. The dance workshop effectively delivers physiotherapy sessions for those living with dementia, with Merseyside Dance Initiative running this.

The Brain Charity has worked with medical experts in their fields for each workshop, including specialist therapists from the NHS, as well as Dr Clarissa Giebel from the University of Liverpool and Grahame Smith from Liverpool John Moores University. There is also talk about doing a conference next year, to discuss developments from the workshops, and to see how this can be translated into wider initiatives.

The evidence for using music to help people living with dementia

The Brain Charity hopes to create a range of tools and materials in future, helping to leave a lasting legacy from the workshop sessions, and allowing their work to have benefits beyond the immediate Liverpool area. It’s an excellent example of how local businesses can make a positive impact on their area, and one I very much look forward to continuing to support over the next few years.

If you would like more information on coping with dementia, visit our useful resources page or read our articles providing an introduction to dementia, or handling dementia and your finances.

I am responsible for the investment management and suitability of portfolios on behalf of individuals, trusts, charities, SIPP and SSAS pension funds and offshore bonds, and works closely with the introducer community, including IFAs, solicitors and accountants.

Supporting you in later life

At Quilter Cheviot, we have experience helping generations of families manage their affairs through later life and in difficult times.

Supporting you in later life

Dementia and your finances

We outline some of the common considerations for people, including everyday personal finance, lasting powers of attorney, approaching difficult conversations.

It’s never too early to start investing for your future

Investment managers Poppy Fox and James Hughes discuss why it's never too early to start investing for your future.