In just over one month the 2022 Commonwealth Games will begin in Birmingham, with the opening ceremony scheduled for 28 July. The Games come with a long and storied tradition, but this summer’s event will see several notable firsts including landmark achievements on carbon neutrality and the progress towards the reduction of gender inequality.

Along with entertaining and inspiring millions of people, sport has an almost unrivalled ability to break down barriers and unite. These are goals we aspire to in the investment management industry (entertainment aside) and we look to promote the Games’ core values of humanity, equality and destiny in our everyday activity.

The Commonwealth Games will be carbon-neutral for the first time

Organisers say the event will be carbon-neutral for the first time, unveiling plans to create 72 new urban forests in the West Midlands and a further 2,022 acres of woodland. As in the world of investing, sustainability is gaining an increasing focus in sport as participants and supporters begin to attach a greater level of importance upon it.

At Quilter Cheviot we are committed to being a responsible investor and this includes our award-winning sustainable investment strategy, the Climate Assets Fund. Claudia Quiroz, the fund’s Investment Director, was recently joined by Lucy Siegle, Journalist, Broadcaster and opinion leader in climate and nature stories, for our Investing in Tomorrow’s World event, which can be viewed on demand here. 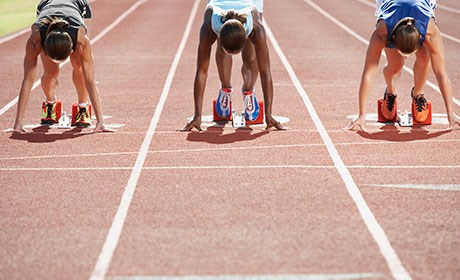 Significant progress on gender equality will be another notable milestone, as the Games will be the first ever multi-sport event to award more medals to women than men. In total, there will be 136 medal events for women compared to 134 for men, going a step further than the Gold Coast Commonwealth Games in 2018 where there were an equal number of medals for both sexes. There will also be more mixed events than ever before, including synchronised springboard diving, swimming relays and para athletic relays.

Although the first official version of the Games occurred in Hamilton, Canada, in 1930 their origin can be traced back over a century to the 1911 Inter-Empire Championships, held in London. Birmingham 2022 will mark only the third time England has hosted the quadrennial event, following on from London 1934 and Manchester 2002.

The last time the Games came to these shores was for the hugely successful Glasgow 2014 which ranked as Britain’s top sporting event of the year, according to a YouGov survey. A score of 52.9 in the SMG YouGov Sports Index was comfortably higher than the 39.6 for second placed Wimbledon Tennis Championships and only 3.9 less than the 56.8 reached by the London Olympic Games. Further notable achievements included the 1.2m tickets sold, 274m cumulative TV audience and 11.5m unique visitors to Glasgow2014.com.

For Birmingham 2022 there will be an estimated 1.5m in-person spectators watching 71 competing nations & territories that span the globe and account for a total Commonwealth population of around 2.3bn – roughly speaking 1/3 of the world’s population. Remarkably, 60% of the Commonwealth population are under the age of 30 and it is therefore fitting that Birmingham has the youngest population of any major city in Europe, with 46% of residents under 30. Diversity is also a common trait of the city that is home to 2.83m people from 187 different nationalities.

The combined commonwealth GDP at the end of 2021 was approximately US$13.1tn, with India the largest economy after overtaking second-placed the UK in 2020, while Canada is third. The political association was founded over 90 years ago in 1931 and delivers clear trade benefits – the cost to UK companies of trading with the Commonwealth is estimated to be 19% less than doing business with other international markets.

The games offer a unique opportunity to showcase the attractions of Birmingham. The city is the geographical heart of the UK, with 28m people living within a two-hour drive and 90% of the UK population residing within four-hours of travel.

Has the Financial Times called the end of ESG? It published an article on 6 June 2022 called ‘How ESG investing came to a reckoning’ and the tag was RIP ESG.

Our three-pronged approach to engagement

Our engagement process can be reactive or proactive and runs alongside our ongoing monitoring activities.