Concerns surrounding monetary policy tightening weighed on markets in August, with global equities handing back a fair portion of the previous months’ gains as bond yields resumed their move higher. UK-based investors with dollar-based assets were once again shielded from the declines due to a significant sterling depreciation, with the pound experiencing its worst monthly fall since the wake of the Brexit referendum in 2016.

Although the sizable rally since equity markets bottomed around mid-June has been welcome, we remain cautious in the near-term and continue to favour a larger than usual cash position. We have readjusted portfolios to reflect a more defensive allocation as we believe the impact of rapidly rising rates is yet to feed through to company results; while the second quarter earnings season was solid, input prices, and the cost of capital, are rising rapidly, and we expect to see some earnings weakness in the coming quarters.

The recent moves in government bond markets have been particularly volatile. This is partly structural – adjustment to a post-quantitative easing environment – and partly the cyclical impact of dealing with the unexpected rise in inflation. The UK faces the additional challenge of policy instability under a new Prime Minister. Bond prices have fallen sharply, especially for shorter maturities as the two-year gilt yield jumped from 1.71% to 3.00% last month offering a potential alternative to cash.

After starting the month on the front foot, global equities came back under pressure as August wore on. Despite encouraging signs that US inflation may be at, or near, a peak, the Federal Reserve remains committed to raising rates and talked down any suggestion of a big dovish pivot in the coming months. Several voting members of the Fed’s monetary policy committee had expressed this view, but it was chair Jerome Powell’s comments at the annual Jackson Hole symposium which were taken as the strongest signal by investors – approximately half of August’s equity decline followed his speech. 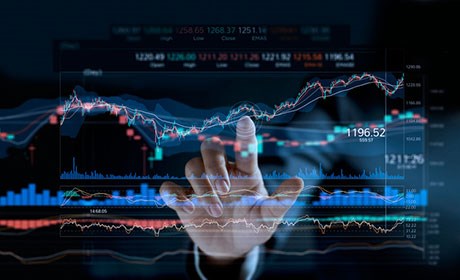 This dashed hopes for a softening in the Fed’s stance should economic activity slow significantly, with the central bank keen to express its determination to keep raising interest rates in order to combat high inflation, even if this triggers a period of economic weakness.

This commitment to a hiking path was reiterated despite some encouraging signs that US inflation may have peaked, with the month-on-month Consumer Price Index (CPI) for July coming in flat at 0%. Following a 1.3% rise in the previous month, this is the first time since October 2020 this metric has not shown an increase. However, the headline year-on-year reading of 8.5% remains substantially above the Fed’s 2% inflation target.

US economic data, on the whole, continues to be pretty strong although declining new orders in manufacturing and softness in housing markets suggest slower growth ahead. The labour market figures in particular display little sign of weakness with two vacancies for every job applicant. The unemployment rate may have ticked higher by 20 basis points in August, but at 3.7% it remains near its lowest levels on record. The pace of job growth also slowed last month, but non-farm payrolls still showed 315,000 roles added.

The combination of relatively strong economic activity, rising interest rates and safe haven status has led to a steady appreciation in the US dollar, recently hitting a 20-year high. This has weighed on commodities, with Gold in US dollar terms declining by around 4% last month.

US equities declined by 4% in August, versus a 3.6% drop for global benchmarks. Tech indices fared slightly worse, as is typical in periods of rising interest rates. The US 10-year yield ended the month back above 3%, rising by just over 50 basis points to close at 3.20%.  A 75 basis point hike at the Fed’s September policy meeting is now widely expected by markets with the year-end rate seen around 4% from its current 2.25%-2.50% and only one rate cut is priced-in for 2023.

Sterling and UK bonds under pressure

There has been a significant move lower in UK bond markets in the past month on a combination of the Bank of England’s commitment to raising rates to combat inflation despite a faltering economy and political uncertainty. Although the latest GDP figures came in better than forecast, they still showed a 0.1% contraction in the second quarter and calls for a UK recession are becoming increasingly vociferous.

The widely viewed purchasing managers’ index dropped to an 18-month low in August as weaker demand and supply shortages sent the manufacturing reading into contractionary territory. The services equivalent fared better but still moved lower. The softening in data comes at a bad time for the Bank of England as, unlike in the US, there is little indication that UK inflation has halted its march higher.

Economists at investment banks are attempting to outdo each other in predicting where inflation will peak, with Citigroup forecasting it could be 19% in early 2023 and Goldman Sachs warning it could hit 22%. The latest CPI reading of 10.1% marked the first time that this UK inflation metric has hit double digits since 1982 and further rises are expected as the energy crisis intensifies later in the year. A £400 energy rebate next month will alleviate some of the pressure on struggling households but will do little for the inflation figures after it was announced that this would not feature in the composition of CPI data.

Tackling the highest level of inflation in a generation and the accompanying cost of living crisis will be the first port of call for new UK prime minister, Liz Truss. This comes against a backdrop of a slowing economy and sharply rising interest rates with the Bank of England increasing the base rate last month by 50 basis points to 1.75%, up from 0.25% at the start of the year.

As the leadership contest played out through the summer months UK gilt markets and sterling experienced strong selling amid elevated levels of political uncertainty. While Liz Truss had been the strong favourite to win the contest for some time, her proposed policies have done little to reassure the financial markets. Talk of altering the institutional framework of the UK economy by changing the Bank of England’s inflation mandate and the role played by the Office for Budget Responsibility (OBR) forecasts have done little to instil confidence and reassure international investors.

Total return figures for the month of August reveal the extent of the decline in the government bond market, with UK gilt indices falling around 8.2% and their linker equivalents dropping 7.7%. The 10-year gilt yield ended August at 2.80%, rising just shy of 100 basis points in the month. Sterling has also come under pressure, falling by around 5% versus the US dollar on the month to take the year-to-date depreciation to circa 15%.

The sterling to US dollar exchange rate is now trading at its lowest level in decades, besides a couple of weeks in March 2020 when the pair fell heavily on pandemic-induced fears and a flight to safety into the greenback. The decline in 2022 is comparable to the size of the drop in US equity benchmarks, meaning that UK-based investors have been shielded from the majority of the declines on Wall Street.

A weaker currency also benefits large-cap UK equity benchmarks as several of the largest index constituents generate the bulk of their revenue in non-sterling terms. This goes some way to explaining the outperformance of UK benchmarks thus far in 2022, and even though they moved lower in August, they fell less than many of their counterparts, declining in the region of 2%.

European equity markets broadly tracked global peers lower in August, facing many of the same headwinds that are weighing on UK and US benchmarks. Core eurozone government bonds yields advance with the German 10-year rising to 1.54% by the end of August, up from 0.81%. The war in Ukraine continues to pose a greater risk to European economies than those further away but there have been no major changes on this front in recent weeks.

A Ukrainian counter-offensive against Russian forces near Kherson has begun, but unfortunately there is still no end to the fighting in sight. The international gas markets remain at elevated levels, although the promise of some emergency measures to help European households and businesses through the coming winter months has seen prices pull back from their peak. The oil price dropped by nearly 10% in August and Brent crude, the international benchmark, ended the month around US$95/barrel – a similar level to where it traded before the conflict began.

China’s zero-Covid policy continues to inhibit economic activity as sporadic lockdowns close large swaths of business. Economic indicators suggest that Beijing will fall far short of its GDP growth target for the year, even though the 5.5% communicated is the lowest target rate of growth in decades. Just 35 coronavirus cases were enough for officials to lock down large parts of Shenzhen, one of the world’s most important hubs for manufacturing and technology, with a population of 17.5m. Chengdu, home to 21m people, has also been placed in lockdown, ahead of the Chinese Communist party congress next month, which is expected to see president Xi Jinping sworn in for an unprecedent third term in power.