The investment industry’s approach to ethical and responsible investment has come under fire in recent months. Confusion over different terms such as ESG, ethical, sustainable and positive impact has added fuel to the fire, with many commentators such accusing funds of pretending to have ethical, sustainable or green credentials or just paying lip service to these ideas.

But not all the accusations strike us as being fair. Funds can have ‘Ethical’ in their fund name but still have very different investment mandates and exclusion policies. For example, if one ethical fund has a mandate to exclude coal and controversial weapons (which they define as cluster munitions) – should they be rebuked for holding tobacco and tanks when that was not part of their remit?

Similarly, if an investor is passionate about wanting to divest from fossil fuels, will their interests be served by buying an ethical fund that focuses on excluding alcohol, pornography and animal testing? While the distinction may not be evident in the fund name, the mandate exclusions should be detailed in the factsheet or prospectus of a fund that has ethical in its name.

Even with clearly defined ethical strategies it can be easy to mistake the option for example of divesting from fossil fuels to mean zero exposure where it can mean in fact that for diversification reasons only those companies with the highest fossil fuel reserves will be excluded. The devil is most often in the detail.

That isn’t to say that greenwashing isn’t a valid concern – many asset managers have jumped on the green bandwagon purely to gather assets, as opposed to genuinely having climate-friendly or socially minded credentials. Some green bonds have been criticised as the money has not always gone to the green investments claimed by the company at the outset, or a sustainable fund for saying their holdings make a positive contribution while investing in the equivalent of McDonalds, which claims to address the UN Sustainable Development Goal of zero hunger.

That said, with ESG (Environmental, Social and Governance) issues moving rapidly to be mainstream, it is not surprising that many asset managers are working hard to build out their targeted offering as well as develop their investment process to consider ESG risks and opportunities alongside other financial metrics within their research, valuation and analysis.

The applicability of ESG varies by asset class (equity investors can do more than investors in developed market government bonds for example) as well as by approach to investment taken (discretionary vs. quantitative). The majority of managers we speak to are in the process of doing such work to a greater or lesser extent and because of the very fast pace of developments in the space, those leading in their efforts are still working hard to develop further.

Ultimately, it is about being clear about clients’ own objectives and stance on how to reflect their values. It is about seeing what an ethical fund means by ethical, or for other funds, finding a way to assess a manager’s commitment and integrity around ESG investing and to measure their progress as they build out their approach to ESG integration and engagement and voting on behalf of shareholders on E, S and G issues.

Our approach to ESG and fund research

The universe of managers focusing on ESG risks and opportunities is expanding – as well as the universe of sustainable investment funds. There is also a greater focus on environmental and social issues in both active and passive managers’ engagements with companies, motivated not least by climate change.

Our fund research team has been putting in a lot of work to assess the extra rigour and efficacy of many managers’ ESG integration and engagement. With no easy way of measuring responsible investment or ESG integration, choosing funds in this area involves taking a multi-faceted approach. We have to consider the regular investment case for a fund as well as the integrity, experience and resource of the manager on ESG issues, both in terms of their investments and engagement with companies. 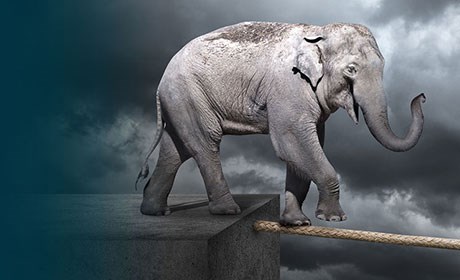 We believe that much of this can be best identified through our fund research team’s meetings with managers and assessing intentions and actions over a period of time. We believe we are making good progress on what will be a lengthy process – not least because the managers are themselves still working to improve, while issues such as climate risk are complex and evolving rapidly. It is relatively straightforward to pick out cases of greenwashing – as highlighted above – but we need to work to understand the nuances of a manager’s approach to ESG, and where some of the trade-offs might lie.

While ESG investing is already enjoying a wave of support, this is likely to increase in the year ahead. New FCA and European regulations, increasing public awareness, climate strikes and protests, and further action from policymakers will all keep ESG on the minds of investors.

At Quilter Cheviot we see responsible investment as a process that analyses ESG data to help inform investment decisions and to ensure that all relevant factors are accounted for when assessing risk and return.

Find out more about Responsible investment

Two key areas of focus which many investors have started to consider in recent years include the Asian powerhouse China and the growth of integrating ESG into investment decision making. But can the two be considered together?

Listen to our team of analysts as we discussed the latest income opportunities in an increasingly low yield world.