The Olympics introduced a few new sports to international stardom, including skateboarding, an activity often seen as a public nuisance, particularly in Japan – too urban, too loud, and too dangerous. Whilst I am pretty sure we have a board buried somewhere in our garage, I have never tried skateboarding myself as I do not have the dexterity and balance of the skater generation.

Tokyo has also changed the conversation about athletes’ mental health by bringing an honest spotlight on the close relationship between career success and physical and mental wellbeing. This topic is very close to our hearts here at Quilter, where our own CEO, Paul Feeney, is a champion for mental health awareness. He has in many occasions shared his own struggles and challenges and often encourages us to speak up about our vulnerabilities. We know that it is ‘OK not to be OK’ and have access to a range of resources and tools that help to educate as well as to support our mental and emotional wellbeing. 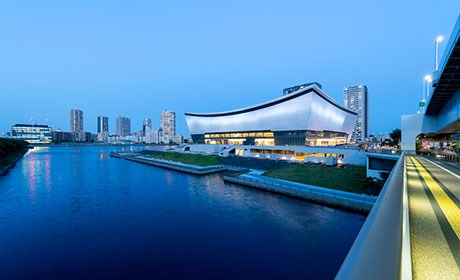 So far, I am probably not telling you anything that you already did not know about the 2020 Olympics, however Tokyo also embraced the ‘circular economy’ – and that has been lost in criticism about greenwash, as flying in thousands of athletes from around the world has a very high carbon footprint and many argued that not enough was done from a sustainability viewpoint. Nevertheless, Olympic medals were made with precious metal extracted from used electronics, athletes slept on cardboard beds and stood on podiums made from recycled plastic. Even the Olympic torch was made from recycled aluminium from the temporary housing provided after the 2011 Fukushima nuclear disaster.

Also, for the first time in Olympic history, conventional oil-based plastics were not used for the hockey pitch, as organisers opted instead for turf made 60% from re-growable raw materials. In this case, Brazilian sugar cane that has already been processed for food. The recycled pitch required two-thirds less water than previous Olympic turfs with a much lower carbon footprint. Using sugar cane in this way is a genius example of the circular economy in action. By this we mean an economy in which resources are kept in use for as long as possible and are continuously reused and recycled to extract the maximum economic value. Who would have thought excess sugar cane could provide gold medal opportunities on a hockey pitch?

The circular economy concept has been around for decades, but it is now becoming a key priority for many governments given it is seen as a vital piece in the puzzle to achieving net zero by 2050. The circular economy is a central tenant of the EU Green Deal for instance, as it could result in an additional 0.5% of GDP across the EU and create around 700,000 new jobs by 2030.

Most recently, the stark warnings of the Intergovernmental Panel on Climate Change (IPCC) report made for a very depressing reading and underlined that climate may be changing even faster than most models had suggested, with extreme heatwaves, catastrophic floods and rapid melting of Arctic ice. The report also stresses the urgent need for global leaders to agree a far-reaching route toward net zero emission at the November’s COP26 summit in Glasgow.

Make no mistake, to get to net zero by 2050, developing and embracing the circular economy is an essential part of the solution.

Back in 2010 when we launched the Climate Assets Fund, I was the one knocking on doors to spur money flows into green investing, now I’m busier than ever.