Two closely aligned charities, the Ashden Trust and Mark Leonard Trust, recently sought legal clarification around Trustees’ ability to exclude potential investments, if Trustees consider they conflict with their purposes. Charles Mesquita, Charities Director, Quilter Cheviot, and Catherine Rustomji, Head of Charities, Shakespeare Martineau LLP, examine whether the opening statement in the subsequent press release, that this was a ‘momentous’ new judgement, is perhaps too generous. 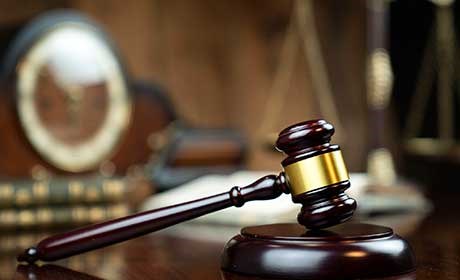 This is not to question the worthy nature of either Trust’s charitable objects, or the ongoing importance of responsible investment considerations by all investors, but rather whether this specific judicial review was required in the first place. As a result of the review, the law has not changed and the Bishop of Oxford case, explained below, appears to have stood the passage of time.

Both charities principal purposes are environmental protection and improvement and the relief of poverty. This combination of purposes is unusual, and the Judge Mr Justice Michael Green was careful to point out that his judgement (24 pages) was specific to these two charities.

The Trustees wanted to exclude investments that are not aligned with the Paris Agreement on climate change, by which the total investment portfolio should ensure that its greenhouse gas emissions overall be limited to comply with the target of 1.5 degrees centigrade. The Paris Agreement does not attempt to define which investments are, or are not, aligned, but the Trustees had used the agreement to formulate the Proposed Investment Policy with the help of ‘professional’ advice from more than one company. The Investment Guidelines attempted to spell out the criteria:

The policy excluded all direct investment in tobacco, weapons, fossil fuel extraction, production and reserves and companies which derive more than 50% of revenues from the combination of the fossil fuel and mining sectors. There was a number of other qualitative screens such as:

It was estimated that these restrictions excluded over half of publicly traded companies and many commercially available investment funds as they did not rank in top two quartiles of ESG ratings. However, the Trustees had set a total return target of CPI+4% over 5-year rolling periods (net of all fees) and determined that adopting this exclusionary strategy would not have a clear detrimental financial impact - their preferred portfolio’s equity allocation would be made up of 50% direct equities, 18% in thematic funds with a green focus and 4% in general sustainability funds which came at higher overall cost and volatility than other options.

Interestingly both charities had 15% of their holdings in ‘impact investment’, but these would be excluded from applying the policy.

Secondly, Trustees retained single shares of fossil fuel companies to exert pressure on green policies at shareholder meetings. Of note, as a firm, we promote active engagement, on behalf of our clients, with the companies in which we invest. Interestingly the review did not include any comment on the issues around ESG ratings and the data the charities would rely on to achieve their stated aims. Gemma Woodward, Head of Responsible Investment at Quilter Cheviot, and her team, have written a number of articles expanding on the challenges. These are available by either visiting our website or on request.

This case is interesting for a number of reasons. In some reports, it has been described as a ‘landmark ruling applicable to trustees of charitable trusts’, but I would query whether its application in reality is as broad as this comment suggests.

The issue of ethical investments for charities, particularly in relation to the environment and climate change, is complex. The previous reference point was the 1992 Bishop of Oxford case (mentioned above), so a significant amount of time has passed before this issue has been brought back to the courts in this case.

Those bringing the case were seeking:

They considered that many of the current holdings in the investment portfolios conflict, or might conflict, with the charities’ charitable purposes. But both the Charity Commission and the Attorney General submitted that the charities did not adequately balance the potential financial detriment that would be suffered by the adoption of the Proposed Investment Policy with the conflict to the charitable purposes.

The Charity Commission had already conducted a consultation into potential changes to its investment matters guidance CC14, but this revised guidance has not been finalised pending the decision in this case.

I noted in particular this paragraph from the ruling:

It is clear from this evidence that the law in relation to trustees’ powers of investment needs to be capable of being implemented and complied with by trustees of all types of charities. It should not be overly prescriptive and should enable trustees to adopt policies that are suited to their particular charity. That is not to say that the law has to be relaxed so as to accommodate all different types of charities, just that the law must realistically protect all charities whatever their size or purposes.

In the Bishop of Oxford case, it was said:

“…prima facie the purposes of the trust will be best served by the trustees seeking to obtain therefrom the maximum return, whether by way of income or capital growth which is consistent with commercial prudence. That is the starting point for all charity trustees when considering the exercise of investment powers. Most charities need money; and the more of it there is available, the more the trustees can seek to accomplish.

In most cases this prima facie position will govern the trustees’ conduct. In most cases the best interests of the charity require that the trustees’ choice of investments should be made solely on the basis of well-established investment criteria, having taken expert advice where appropriate and having due regard to such matters as the need to diversify, the need to balance income against capital growth, and the need to balance risk against return”.

In this case, it was considered whether there is an absolute prohibition against making investments that directly conflict with the charity’s purposes or objects or whether it is always a discretionary exercise by trustees.

The outcome was that the charities (bringing the case) were considered to have exercised their powers of investment properly and lawfully, having taken account of all relevant factors and not considered irrelevant factors. As such, the trustees were permitted to adopt the proposed investment policy and by doing so, they will discharge their duties in respect of the proper exercise of their powers of investment. But the other declarations were considered unnecessary and inappropriate.

It should be noted that the ruling is limited to the specific facts of this case, in particular the wording of the charitable purposes of the charities bringing the action. Whether the Charity Commission issues drastically revised investment guidance, to that being worked upon ahead of the review, remains to be seen. We appreciate the motivation that leads those involved to frame the outcome as momentous, but question the impact or need, for these specific charities, to have embarked on seeking a judicial review in the first place. They did not start the fire, courtesy of the Bishop, it was always burning…

The following summary (from the case) of the law in relation to charity trustees taking into account non-financial considerations when exercising their powers of investment is helpful:

Investors should remember that the value of investments, and the income from them, can go down as well as up and that past performance is no guarantee of future returns. You may not recover what you invest.

This document is based on our current understanding and interpretation of publicly available information and is therefore subject to change. It is intended as general guidance only and is not a definitive analysis of the topics covered. It is not legal, regulatory or financial advice so must not be relied on as such nor as a substitute for taking specific advice tailored to your own individual circumstances.

MPS in Conversation: Opportunities in healthcare and beyond

Alan McIntosh discusses the worst monthly loss for the MSCI All Country World Index since March 2020.